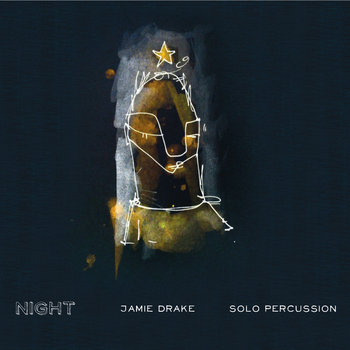 Featuring compositions by Stuart Saunders Smith, Paul Elwood, Kevin Volans and James Tenney, “Night” focuses on percussion music that gradually unfolds over time. This isn’t minimalist music necessarily; rather it’s music that alternates between flurries of activity and moments of stillness, music that allows sounds time to be fully heard and to envelope the listener, music that tells non-linear stories, music with ringing bells and thundering drums.

"Night" was released in 2014 on New Toronto Records (NTR001).  Recording and mixing by Ray Dillard, mastering by Zen Mastering.  Artwork by Mark Uhre, layout and design by Jamie Drake. Produced by Jamie Drake.

I’ve been fortunate to play on some great albums along with lots of other fine musicians.  Here are a few of them:

elsewhere on the interwebs